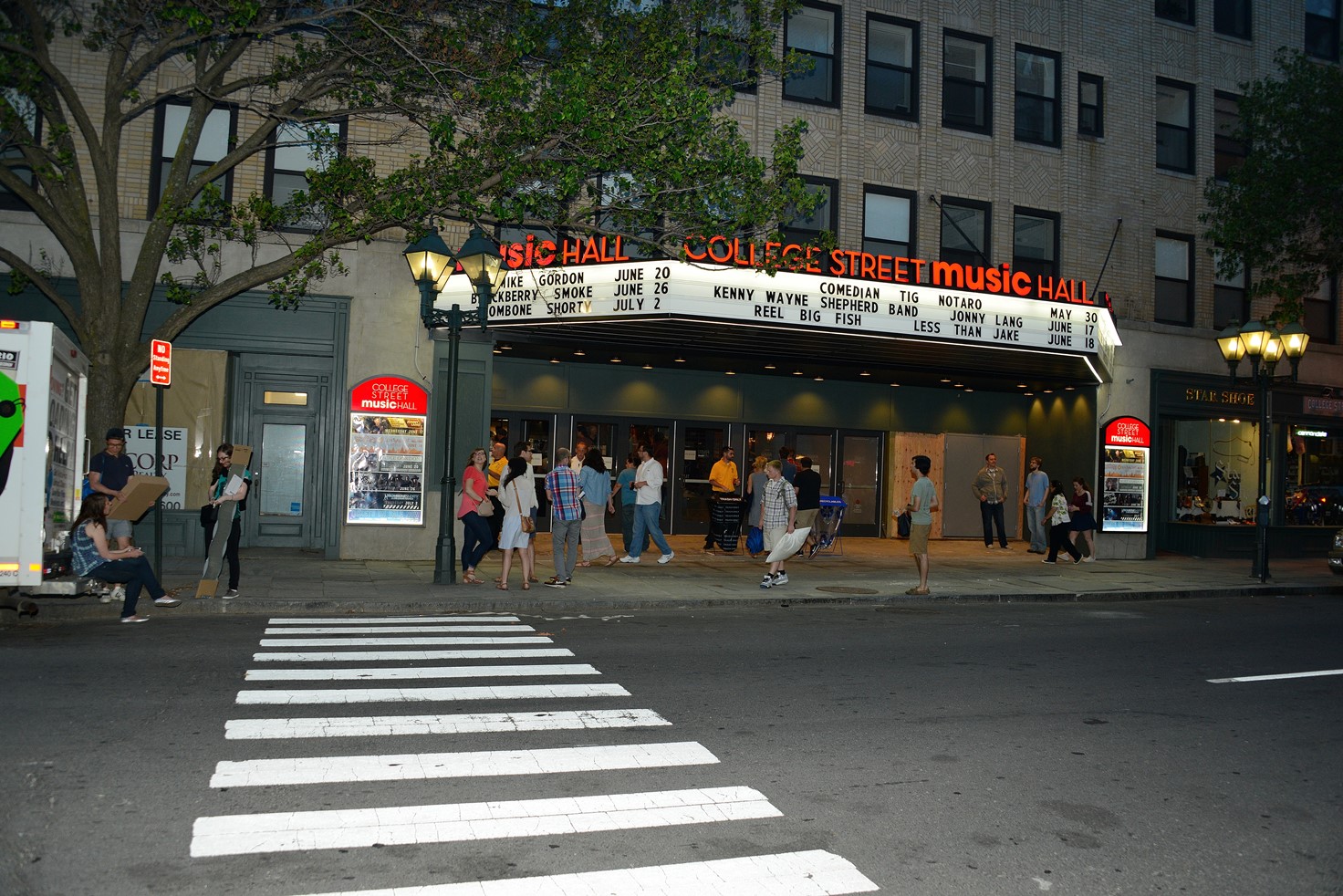 After a nice dinner at Crown Street Kitchen Bar in New Haven, we headed up the street and around the corner to College Street Music Hall, or CSMH, for the evening’s entertainment. Playing CSMH on the night of our visit was comedian Tig Notaro, whose performance went beyond mere humor to experimenting with the very constructs of comedy and performance themselves. It was an evening that made one think as well as laugh.

Formerly the Palace Performing Arts Center, CSMH is owned by New Haven Center for Performing Arts and managed by Keith Mahler of Premier Concerts, Connecticut’s largest independent concert promoter. The auditorium will be able to take on different sizes and configurations ranging from a capacity 0f 650 to 2,000. With a diverse entertainment lineup planned, the new, all-ages venue will fill a missing niche in New Haven’s concert scene.

Mahler also owns Backstage Restaurant in Torrington, a popular gastropub located next to the Warner Theatre that serves a tremendous selection of beers and terrific upscale comfort food. Backstage’s management team will be handling the concessions at CSMH. In addition, there will be a Geronimo Bar & Grill food truck parked in the lobby, never a disappointing sight even if Geronimo itself is just around the corner.

THE VERDICT: College Street Music Hall in New Haven is an incredible place to catch a live show, and you’ll find some nice refreshments there as well.

FEEDBACK: Tell us about your experiences at College Street Music Hall.